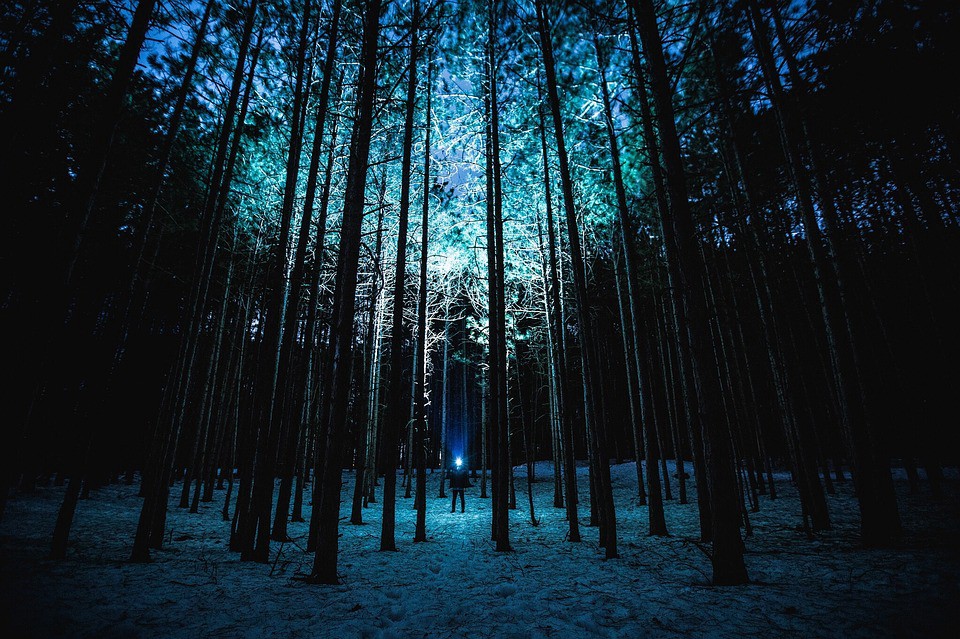 Back in March, I had an interview with Brendan Baker, the director for Wolverine: The Long Night, and combined it with a review of the first three episodes. Now that Wolverine’s last episode has been released on Stitcher Premium, set to go on a wide free release in the nebulously named “fall of 2018”, I wanted to do a full series review about what we were given and what it could mean for the future. [This feature will have very minimal spoilers about non-essential items.]

In the interview, we discussed the idea behind the narrative and sound design working in tandem to create a flow of time between past and present, in the moment of the current story and in the memory of the people of Burns, Alaska. Late in the series, one central character says this line: “You can’t always be in charge of the story.” It was a sharply impactful line for me, to the point where I had to pause the episode and write it down to be sure I talked about it today. This entire series seems to be built on this idea: that when you are looking for answers, you must relinquish control of the story to someone else. They have pieces and elements that you need. This movement between storytellers and viewpoints across the whole series is central to the delivery and design of Wolverine, especially since this is not really a story about Wolverine’s adventures and more a story about people unveiling who Logan is, one history at a time.

And because it is so essential to this tale, it must be supported by every aspect of the design and the writing. At around the midway point, the episode design becomes predictable to some degree: there is an intro snippet, then the agents investigate their newest lead, they listen to stories and we go back in time to experience them for ourselves, some key information is revealed at least twice per episode, and it ends with the two agents meeting at their hotel room and going over their own, separate endeavors to discover some kind of hook for the next episode. This build-up of narrative expectation is what makes the final episode so effective right out of the gate, so even though I remember sarcastically muttering to myself “and now we have the hotel debrief scene” during episode 7 while lying on the sofa, it is absolutely worth it. Episode 10 drives home to the point about memory and story control: that it is not infallible, that people lie, and that the person who is in control of the story is not always who you think it is.

The acting in Wolverine was solid all across the board, with special stand-outs in the character of Logan himself from Richard Armitage and in the way Ato Essandoh and Celia Keenan-Bolger play off one another to create partners that work like puzzles pieces. There were no fluctuations in acting, not even in one-off characters — they were believable, varied, distinguishable, and empathetic (or not, as necessary). What I realized as I listened to the final episodes is this: there are no heroes in the central characters here. The heroes are found in the smaller, secondary characters, in Bobby’s goodness and Mallory’s morality and Sherman’s loyalty (who, by the way, is voice-acted by the brilliant Chaske Spencer; high-five to the person who chose a Native American to voice a Native American character). This tale is bleak, the characters all have their own agendas and goals for it, and the oncoming darkness of The Long Night is reflected in the way our protagonists descend deeper into an ethical and moral gloom. The ending is a mix of hope and bitterness, all about the reluctance to change the story or break the rules of storytelling, and it is accomplished through some stellar acting.

The aspect of Wolverine that I could see actively changing the scene of podcasting audio fiction, at least for those with the money to accomplish it, is the sound design. This is Brendan Baker at his very best; it is clever, moving, emotionally aware, and dedicated to supporting the narrative. The music has been threaded through either whole or in pieces throughout, so that it is cohesive and recognizable and linked to certain emotions the entire time but never becomes repetitive. There are fight scenes, accomplished through the use of this music and sound effects judiciously selected and expertly matched up. The highlight is the movement of time, between the present and the past; maybe you get used to it once it happens several times per episode, but it’s always an effortless kind of switch, you will always know which timeline you’re in because of it, and it is always deeply immersive.

Thinking about the amount of audio fiction being teased or picked up by major networks, I could see the work that Wolverine doing one of two things: 1) dwarfing the audio fictions produced by these networks because they don’t put the right budget into it nor hire the correct people, or 2) causing those networks to change tracks in their work and push for the kind of quality that we get with Wolverine, and hire the people who need to be hired. I admit, I want indie producers and writers to be hired to write and create these stories, because if it’s happening, I want it to be happening well.

I would recommend you listen to Wolverine when it comes out in the fall (with headphones!). There’s a lot to discuss in it that I haven’t gone into detail on: the accountability or lack thereof for violence, the ethics of vigilante justice against corporate evil and greed, the story of the victim and the villain and how they become one person and how we shouldn’t let that pass us by. It touches, at a slant, on a lot of current, important topics in American society and global media. I’ve been using the word “series” throughout this review, but the ending feels open for the future, and if it does well in the fall, I wouldn’t put it past Marvel to give us more. At the very least, I feel that The Long Night is here to stay.

This review was originally published as a featured essay in Audio Dramatic Issue #6, May 23 2018. Wolverine: The Long Night debuted outside the paywall on September 12, 2018.