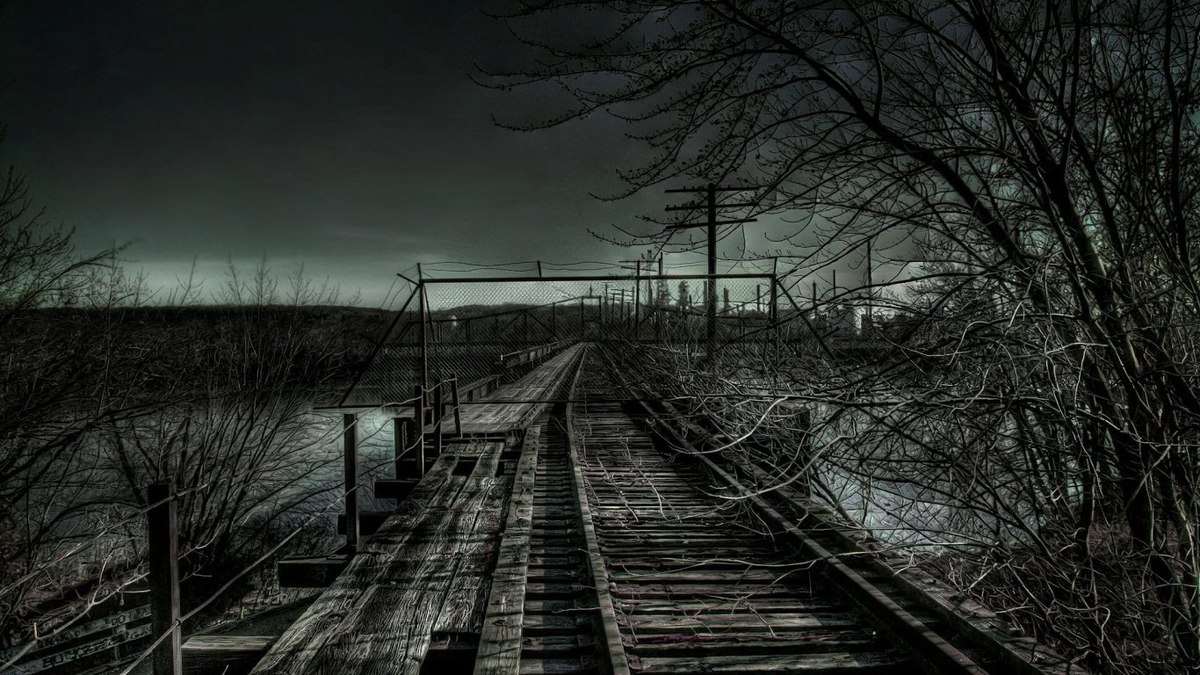 Content Warning: I’m talking about mental illness and its depiction in horror (as someone with a mental illness); as such I make mentions of ableist language, various symptoms, and gamifying mental illness.

I spent all weekend at a horror film festival, mostly dedicated to media that is based on Lovecraft’s horror or centered in cosmic or weird horror genres. Unsurprisingly, it means that today I’m thinking about the horror genre in audio fiction, and what we’re getting right that more mainstream or other forms of media are not, and what kinds of gaps we should think about. And probably again unsurprisingly for someone who just spent three days surrounded by Lovecraft-influenced horror, I was thinking about the close-linked ties to mental illness that we find inside the genre as a whole. None of this is a small subject by any means, but let’s do a bit of a primer and a look at audio horror fiction.

Lovecraft’s horror was based in a deep-seated, paranoid, racist fear of The Other, and very specifically, of the ‘co-mingling of the races’ and related issues, an act which to him often resulted in a now-familiar early 20th century caricature of madness and insanity. People writing in chalk or blood on walls in small sanitorium cells, raving eccentrics wandering the haunted halls of their giant empty mansions, the transformation of humans into not-so-human and not-so-sane as the children of these unions far on down the bloodline. And on, and on. It’s exhausting, it’s stigmatizing, it’s narrow-minded, and unfortunately, also had an enormous influence on horror media.

Mental illnesses of various kinds–usually completely indeterminate, as though ‘madness’ is a monolith and everyone suffers from the same effects like hallucinations of blood dripping down walls–is either a debilitating and standard ending to encountering monsters or some kind of superpower that transforms people into something more than human. It’s a game mechanic on a single axis where you’re either sane or moving away from sanity, and then the world glitches.  It’s an exoticized and eroticized entertainment tool that stomps all over cultural issues that are interlinked. Horror-based entertainment is its own nightmare; I find myself vetting horror films via friends before watching them, or bracing myself for the ‘magical madness’ to come from nowhere.

Here’s the thing about audio fiction podcasting, and you’ve heard this before, so bear with me: it’s majority indie creators, creating without financing houses that would impose creative decisions upon the writers, and it means they are freer to fold their experiences into their work. The gatekeeping bar is different than in other forms of media, and it’s the kind of different that also enables creators, performers, and producers who have disabilities, mental health diagoneses, or are neurodivergent, to be able to access podcasting.

I’m consistently impressed, for instance, by the work of Vin Ernst and the Midnight Disease Productions team with Aftershocks. It takes place in a mental health rehabilitation facility, with a main character who is grappling with schizoaffective disorder, another character who has Tourette Syndrome, and in general, a variety of teenaged characters who are trying to figure out the best way to live their lives. The portrayals are both gentle and accurate, not stigmatizing nor demonizing. Not every medical professional is a demon, either–there are nurses and doctors who are genuinely invested in the wellness of their patients. Riley, the lead, grapples with hallucinations as part of her schizoaffective disorder and her mental illness is not a superpower. She’s still sick, and she still needs help–the horror comes mostly from people, and what they are capable of believing and doing, and from the unsureness of what’s really a hallucination and what’s a ghost that others can see and witness–and nothing will magically cure her. This kind of portrayal is especially important to me, especially in a world where people shout at you to do yoga and smile more and you’ll be cured of depression.

The podcast Station Blue has Matthew in the lead role, who has bipolar disorder. He talks us through what it was like growing up, learning to manage it, and does all this while being totally isolated in Antarctica. This is a slow-burn horror podcast–the episode that scared me the most so far is still episode 5, “Shattered”, where Matthew gets stuck in an elevator and inside his own head. The horror here is in the silence, both around Matthew and inside him. The creator, Chad Ellis, is coming from his own personal experience here, as someone who also has Bipolar 2 disorder, and fuels his reasons why he made Station Blue the way it is. It’s a wonderful example for healthy and accurate depictions of mental health.

Importantly, in both of these examples, characters are not just their diagnosed disorder, and the state of their mental health does not define them as a human being. I can expect a lot more care and consideration in the portrayal of mental illnesses in audio fiction, on the whole. I can expect beautiful metaphors for living with them, like in Unplaced, or the not-often-seen person of color engaging in positive therapy and grappling with trauma, like in Boom. And honestly, when it comes to what’s missing, all I can say is that I want more, and I want it to be better.

I want the clear distinctions of mental illness and neurodivergency, and where they converge. I want more people of color, who are often denied access to good mental health services through institutionalized social and political systems, depicted as finding therapy and help that works and to be practicing mental health professionals as well. I want more innovative metaphors and allegories to help people who do not have that particular disorder understand what it’s like to live with it. I want creators to consistently apply content warnings for their podcasts, in order to help their audience with triggers or mental health struggles.

I want kindness. I don’t want creators who struggle with these things to bear the onus for kindly and accurately portraying and writing these characters, just as I don’t want women to be the only ones to write well-rounded women characters. I want us to make the effort to understand, to hire sensitivity editors and consultants, and to always strive for quality over quantity. Audio fiction is such a safe haven, but we can always be doing better. When you’re listening to all your spooky audio this month of Halloween, keep those hearts and minds open and be critical, but do it kindly.

This essay was originally published in Audio Dramatic Issue #17, October 8, 2018.