Alba Salix‘s return is a second season three years in the making; the much-beloved medical sitcom set in the fantasy world of Farloria is dropping for the public on November 2nd. The podcast focuses on the eponymous character of a royal physician tasked with running the House of Healing and taking care of the royal family.

Farloria’s Royal Physician has her work cut out for her. As head witch and the only regular staff member at the new House of Healing, Alba’s got an endless lineup of patients and a bickering King and Queen to please.

Fortunately, help is on the way. Unfortunately, that help is from Magnus, a troublesome young ex‐monk and aspiring surgeon, and Holly, an accident‐prone fairy herbalist. 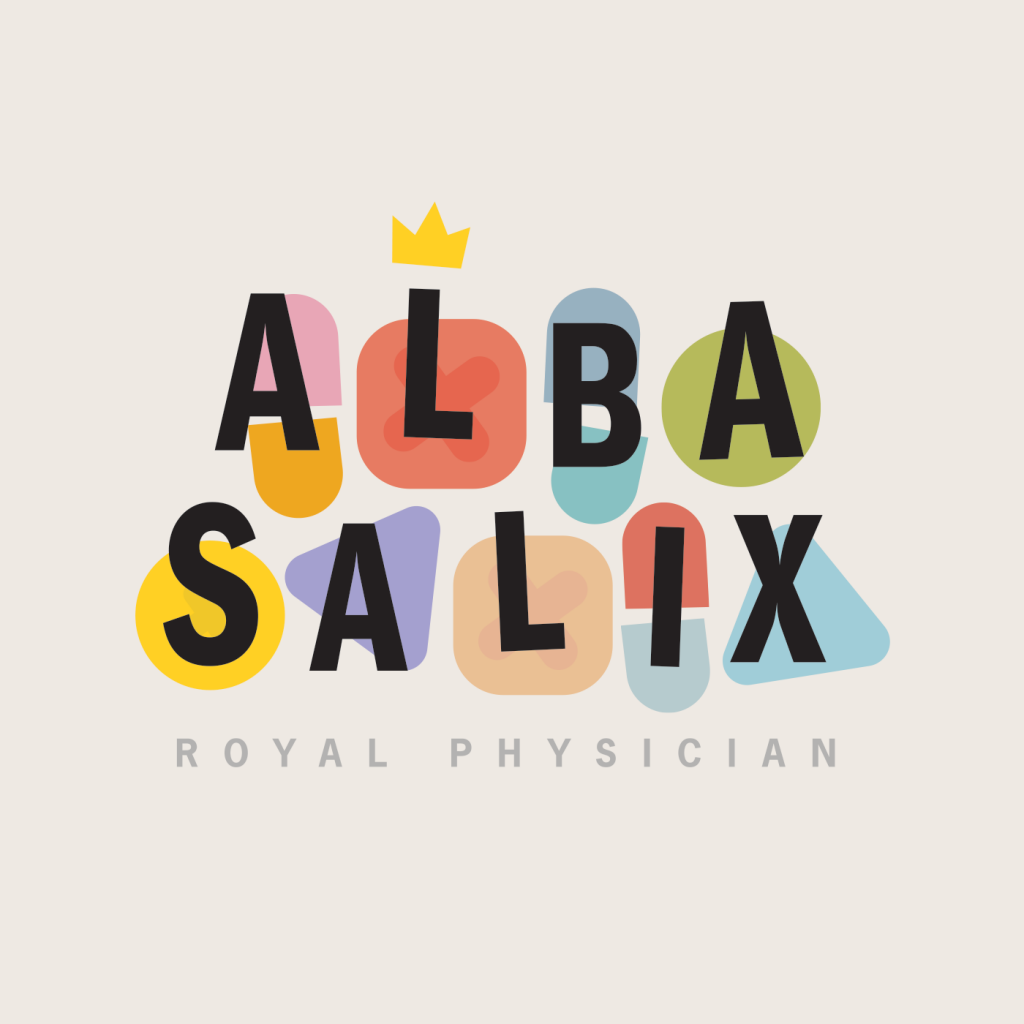 Those three years have not seen Alba Salix team languishing. In that time, they released the same-universe spin-off The Axe & Crown—which deals with a tavern owner in Farloria and gentrification—and the fully-fledged podcast The End of Time and Other Bothers—a soundscaped actual play podcast about three unlikely heroes trying to save time, and more than just their world. The entire time, creators Eli McIlveen and Sean Howard have been writing, rewriting, polishing, and recording the second season of Alba Salix. I was given an advance copy of the opening episode, “By the Book”; the following review contains light spoilers for the overarching plot.

The biggest, and most welcome, surprise was the tonal shift that they’ve taken for season two. Season one was characterized by its rapid-fire jokes and a high concentration of punchlines amid the plot. Season one did not suffer for this—character development and plot development in six episodes was important to the way the jokes were delivered, or even what they were. Season two has kept those semi-episodic ridiculous hijinks, the irritation and cynicism of Alba and the complete ineptitude of her assistants Holly and Magnus. But alongside those events, ones that kept me cackling, the plot tackles the problems government-funded healthcare faces from bureaucracy.

A minister from Transportation has been shifted into the Ministry of Magical Affairs and Health. It’s a wonderfully pointed satire about how government puts roadblocks into delivering healthcare, with the necessary government agent who believes they know how to run a medical practice better than those who practice medicine. It’s not that they are painted in an entirely negative light, either—some form of bureaucracy or government application is necessary in order to efficiently run socialized healthcare, and the minister clearly wants to do their job. Alba Salix  is setting up the situation of people who all want to do their job and want to help, but don’t listen to each other, a familiar set of relationships from season one. I love this shift in tone and atmosphere, and how they have expertly implemented a clear season arc and a solid framework for sitcom-style episodic antics.

The expected goodness of the acting is here in spades, especially in main protagonist voice actors of Barbara Clifford (Alba), Julian Sark (Magnus), and Olivia Jon (Holly). They have so skillfully embodied their characters that Magnus’ ridiculousness and Holly’s eagerness not only offset Alba’s exasperation, but help create a warm and connected friendship. With Elaine O’Neal taking the role as the minister, on top of her other roles, the other astonishing fact is that of everyone’s talent at multiple, distinct voices since almost everyone is double-cast at least once. It can be very difficult in audio comedy to double-cast without relying in totally over-the-top voices and creating more of a farce than desired, but the voice actors in Alba Salix know how to toe that line.

And of course, Alba Salix would not be complete without McIlveen’s adept and lush soundscaping, something that I simply expect to happen whenever McIlveen works on audio design for any podcast. The Farlorian sound design is the immersive clincher, with the clinks of bottles, the hum of magic, the slight echo in the voice when speaking in the palace, and the scrambling sound of everything breaking and creaking when things inevitably go horribly wrong. Without his impeccable comedic timing on silence and sound effects, salient comedic value would be lost, and it sounds like season two is going to take full advantage of everything McIlveen has perfected in the intervening three years.

It might be that this episode, and continuing season, is a tad more plot-forward than people expect, or that the change in the joke to plot ratio will put long-time listeners off. I encourage everyone to think about how many sitcoms have had to mold with the times that they are being written in, and how some of the best went from mostly episodic absurdity to plot-focused and character-driven hilarity. Alba Salix‘s evolution is not just necessary, but welcome, as it demonstrates everyone’s sharpening skills in every point of production,  and showcases a kind understanding that this is a fantasy world that can be an escape, but it can also model familiar issues and use satire and comedy to make us all think a little bit deeper about the real world we live in.

You can listen to Alba Salix wherever you listen to podcasts, or on their website. You can support them on their Patreon, where the season two opening episode has dropped today, October 26th! You can follow them on Twitter, where they have a wonderful presence alongside the Twitter account for The End of Time and Other Bothers.